(tool´chin) (KEY) , city, SW Ukraine, on the Selnitsa River. It is the center of an agricultural district and has food-processing, clothing, and shoe industries. Probably founded by Hungarians, it later became a Polish fortress. After the battles between the Poles and Chmielnicki‚s Cossacks, it was assigned by the Treaty of Zborov (1649) to Ukraine. It reverted to Polish rule in 1654 but passed to Russia during the second partition of Poland in 1793. In 1821 the city became the stronghold of the Decembrists. An alternate spelling is Tultchin. 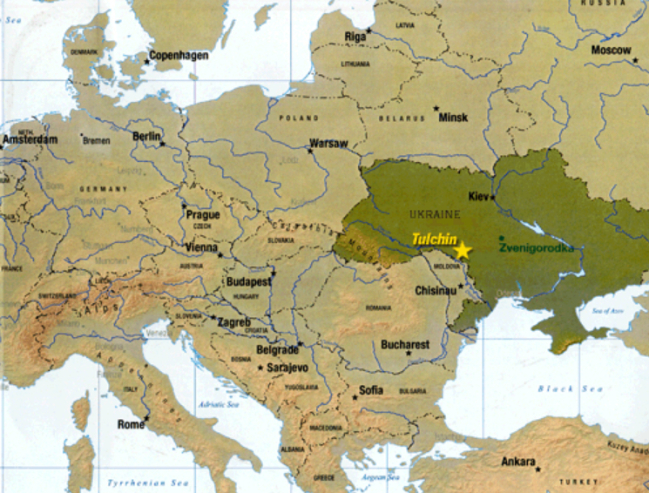 We’re told there is a nice river view. Today, it is a gray industrial town.