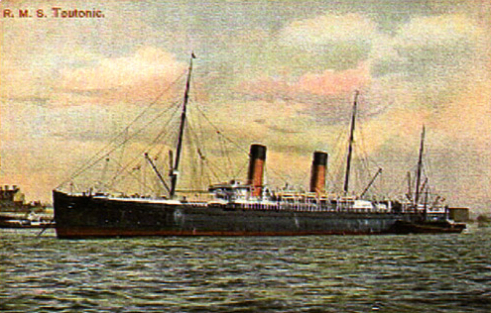 This is my family story. There are many other thankful immigrant stories throughout the world and especially in the US; it has been what makes America great. With thanks to Ellis Island and to the melting pot of people coming to a new land to improve their lives, we include their great website so you can learn about your family history too.

Please share your family's story and your Tulchin connection.

The Teutonic (above) was built in 1889, in Belfast, Northern Ireland for the White Star Line, and was 565.8 feet long with a maximum speed of 19 knots.

She made her maiden voyage on August 7, 1889, from Liverpool to New York. The Teutonic made many dozens of voyages from Liverpool to New York from 1889 to 1907, when she started sailing from Southampton, instead. The ship was outfitted to hold 1,490 passengers, 1,000 of whom were regulated to "third class" accommodations. She was later used as an armed merchant carrier during World War I and was scrapped in 1921.

Her most important voyage was from Liverpool on July 11, 1906, arriving in New York City on July 19 of that year. 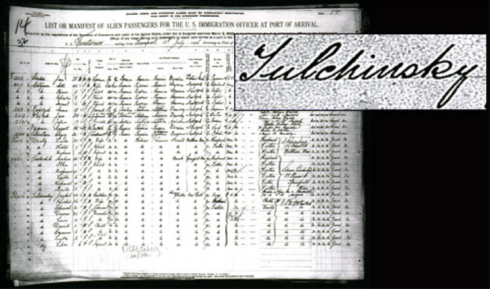 The ship's manifest details the Tulchins who made the journey. Given that the voyage left from England, the Tulchins had already been on a long journey from their hometown. Although the city of Tulchin was close to the southern port of Odessa, the family travelled over land to the North. It is likely the Hirsch Foundation paid for their passage in a closed and locked railroad car across Germany. This trilateral deal between the Czar, the German empire and the Jewish Benefit Association, would have meant an uncomfortable journey, but a greater chance for a safe one, without being stopped.

From the continent, they took a boat to England and stayed in a 'camp' where many people from across Europe stayed in the days leading up to a boat's departure. This was their first experience of America's melting pot, a new language, and new types of people.

Many manifests like the one seen here are available if your family came through Ellis Island. They provide an interesting snapshot in time with name (with the varied spellings), age, relation, and where people came from.

The extended family of 9 people total made it on this voyage. Sam Tulchin, the family’s oldest son, had gone over, been sent really, to the U.S. from the age of 12 to work and save money. This 'beach head' strategy was not uncommon in that era, sending over members as money allowed. People even went back and forth to the old country. In this case, the entire family left, never to see their hometown, friends or to return again. 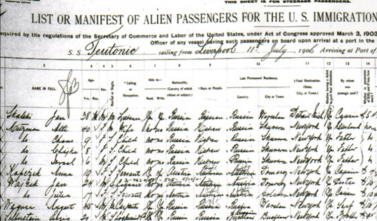 To the present day, the United States has been good to the Tulchins. From one frightened family arriving 100 years ago, our branch of the family alone is now more than 50 – many in New York, and located nation-wide. And, we are proud of our accomplishments as business owners, lawyers, professors, teachers, nurses, and non-profit managers. As immigrants, we benefited from the liberty and great opportunity America offers, something we pass on to our children and savor for other new comers to America.

We give great thanks that our relatives had the opportunity to come to this great country and escaping from repression, poverty, and misery. America was an open country to all people until the twentieth century, which made this today into the greatest country in the world, perhaps America today can learn from its own past. 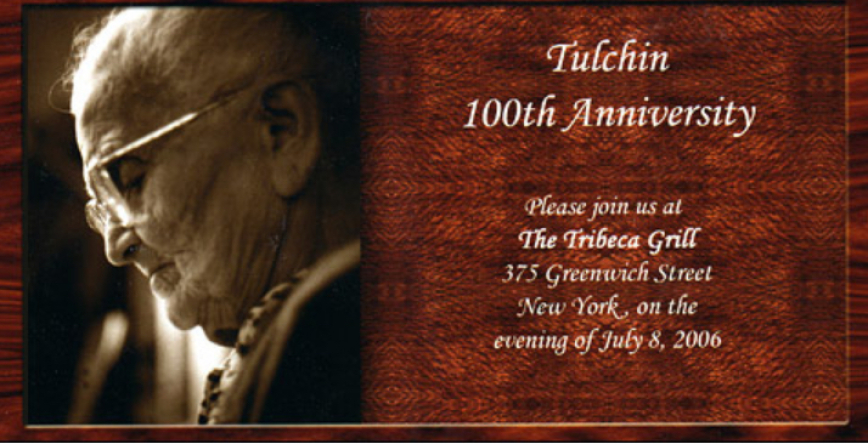